Trails as Tools for Building Community 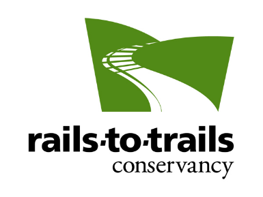 Mayor Jim Brainard of Carmel, Indiana, contributes placemaking and new business development along the local Monon Trail as essential to success of the suburban community

Lawyer Edward W. Chang concurrently serves on the board of the Bicycle Coalition of Greater Philadelphia, a partner in developing the Circuit Trails, one of America’s largest trail networks

“The entire Rails-to-Trails Conservancy Board of Directors is excited by the expertise that Mayor Jim Brainard and Edward W. Chang will bring to our work,” said Ryan Chao, RTC president. “From the political to the legal perspective, both will deliver unique insights about the values and impacts that trails can and do deliver to people and places in all types of communities in America. Their leadership and their enthusiasm for trails will do much to further RTC’s mission to connect the nation by trail.”

Mayor Jim Brainard is the first seven-term mayor of Carmel, Indiana, a suburb of Indianapolis and one of the fastest growing cities in the United States, where he recently spearheaded a $28 million expansion of the Monon Trail, a 2009 inductee to RTC’s Rail-Trail Hall of Fame. The trail offers a new public plaza and links to the Center for the Performing Arts, City Hall, the Monon Community Center and more. Under his leadership, the population of Carmel has grown from 25,000 to 100,000 people, and the city has won numerous awards, including an honorable mention for Municipal Excellence from the National League of Cities and a bronze-level Bicycle Friendly Community designation by the League of American Bicyclists.

The Monon Trail is a 27-mile path built on a former segment of the Chicago, Indianapolis & Louisville Railway that now serves as an active transportation corridor through Carmel and the northern suburbs of Westfield and Sheridan. Named after the railroad’s popular nickname, the trail follows along a portion of the line that helped Indianapolis grow into a transportation hub and manufacturing center beginning in the 1850s.

Edward W. Chang joins the RTC board while serving concurrently as chair of the board of the Bicycle Coalition of Greater Philadelphia (Bicycle Coalition). The Bicycle Coalition is a founding partner of the Circuit Trails, an RTC TrailNation™ project and one of the largest multiuse trail networks in America. Chang volunteers with the Bicycle Coalition’s Youth Cycling program, which works with youth ages 12–18 across Philadelphia in building healthy habits, leadership and independence through the sport of cycling. Chang is also an IRONMAN Triathlete and a cycling enthusiast. During the day, he is a partner at the law firm of Blank Rome LLP and serves as vice chair of the firm’s Consumer Financial Services Practice Group.

The Circuit Trails will eventually encompass 800 miles of trails on both sides of the Delaware River, providing endless opportunities for commuting and recreation across nine counties—including Philadelphia, Chester, Montgomery, Delaware and Bucks in Pennsylvania, and Burlington, Gloucester, Camden and Mercer in New Jersey. By the time it is complete, which is expected to be in 2040, more than 50% of the region’s population—over 3.1 million people—will live within a mile of the Circuit Trails.

More information about RTC board members and staff can be found at RailstoTrails.org/About.


Rails-to-Trails Conservancy is the nation’s largest trails organization—with a grassroots community more than 1 million strong—dedicated to connecting people and communities by creating a nationwide network of public trails, many from former rail lines.
Connect with RTC at RailstoTrails.org and @railstotrails on Facebook, Twitter and Instagram.