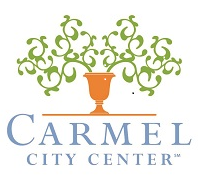 
Carmel, IN - Join the Shops at Carmel City Center on Saturday, November 2 from 2 - 5 p.m. for a Holiday Preview Shopping Event! Visitors can kick-start their holiday shopping with the locally owned merchants at Carmel City Center while sipping on wine and apple cider sangria at four of the participating Shops.

Complimentary wine tastings and apple cider sangria will be available at Beauty+Grace, Carmel Tailoring & Fine Clothier, Endeavor Boutique and Nine+Roxy, along with some light hors d’oeuvres at select Shops. Nine+Roxy will also serve hot chocolate during the event. Participating Shops will have special holiday promotions. Linden Tree will offer 20% off Happy Everything. Addendum will have various gifts with purchase and vendor representatives will be on hand. Uplift Intimate Apparel will have live models modeling the latest sleepwear trends and showcasing the versatility of intimate apparel in your everyday wardrobe.

During the event, visitors can enter to win a $75 gift certificate at 14 Districts Weekend, Addendum and Bath Junkie when they visit those shops. Wonderland Sleepovers will also have tents set up at Nine+Roxy for visitors to view and learn more about.

Carmel City Center is a one million square foot, $300 million, mixed-use development located in the heart of Carmel, Indiana. A destination like no other in central Indiana, the project offers the appeal of a neighborhood and the vibrancy of a downtown. Carmel City Center features luxurious residences, specialty retail and restaurants and premier office space. Phase One includes 62,427 square feet of commercial space.

The Nash, a three-story, $10 million mixed-use building, is just south of Phase I of City Center on the west side of Range Line Road. It contains 30 one, two and three bedroom apartments on the second and third floors and 8,000 square feet of commercial space at street level.
Be.You.tiful Nails, Graeter’s Ice Cream, Endeavor Boutique, SEP Product Design Studio and Theatrical Avenue are open.

About The United Fidelity Bank Buildings

The United Fidelity Bank buildings, formerly known as the Baldwin & Chambers buildings, a four-story, mixed-use building, is just south of Phase I of Carmel City Center and north of The Nash on the west side of Range Line Road. It contains 26 studio, one and two bedroom apartments on the third and fourth floors and 31,000 square feet of commercial space on street and plaza level.