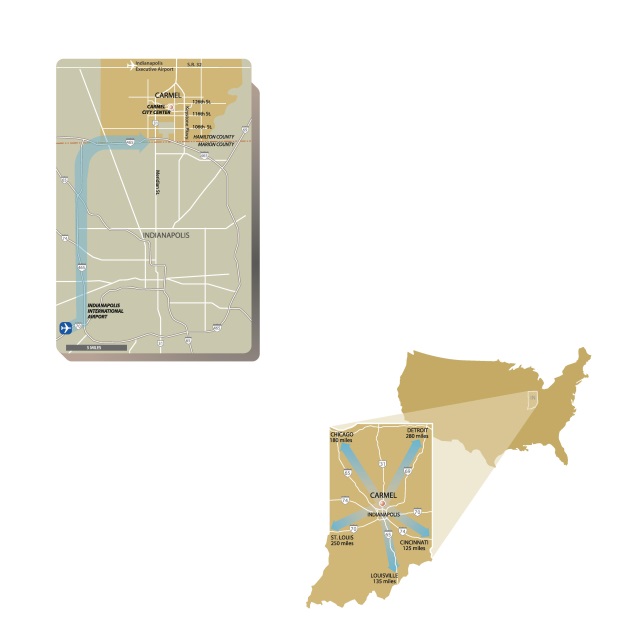 Carmel is situated within Hamilton County in central Indiana. The land in Central Indiana is characterized primarily by low, gently rolling hills and shallow valleys. Indiana has a humid continental climate, with cool winters and warm, comfortable summers. Carmel is in USDA Planting Zone 5.

Due to recent annexations, Carmel encompasses all of Clay Township which is geographically located in the southwest corner of Hamilton County. Its boundaries include Boone County line (Zionsville) on the west, White River on the east, 96th Street (Marion County/Indianapolis) on the south, and 146th Street on the north. The total land area is almost 50 square miles and the 2018 population was 98,332 (US Census Bureau) residents. 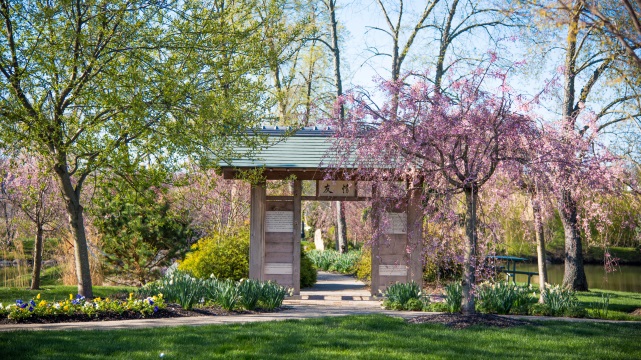 Traffic flow through Carmel is substantial with four major north/south roadways running through the city; US-421 on the western edge of the city, US-31 divides the city down the middle, and Keystone Parkway further east. Hazel Dell Parkway on the far east side also carries a great deal of north/south traffic, relieving congestion on Keystone Parkway. Keystone Parkway, US-31 and US-421 all interchange with I-465, which runs along Carmel’s southern boundary. 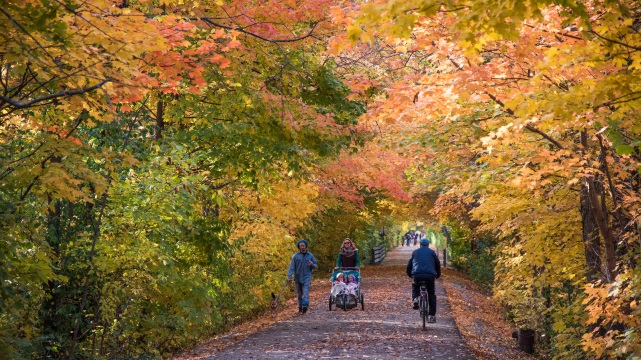