The Carmel Police Department’s Special Weapons And Tactics Team (SWAT) is a part time voluntary unit made up of 16 officers within the Carmel Police Department. The mission of the Team is to preserve life in high risk situations through the use of specialized training, equipment and tactics. All operations are conducted with the highest regard for the preservation of life.

Candidate officers must have established law enforcement experience before they can apply for a position on the SWAT Team. The team’s selection process involves firearms testing, as well as, written, oral and psychological testing.

Each new member of the Carmel Police Department’s SWAT team must complete a 40 hour basic SWAT School before he/she is considered an active member of the team. In addition, active team members participate in extensive monthly training including weapons proficiency, tactical operations and movement. Team members are encouraged to participate in outside training conducted by private organizations as well as the United States Military.

In addition to the tactical unit, the Special Weapons And Tactics Team includes a support unit consisting of Negotiators and Medics.

The Hostage Negotiator Team consists of 7 specially training officers, The negotiator is responsible for establishing a dialogue with any suspect (s) at the scene. The hostage negotiators also gather and provide valuable intelligence to the tactical teams as well as attempting to negotiate a peaceful surrender of the suspect.

Currently, the SWAT Team has 3 Carmel Fire Fighter/Paramedics that are trained in Tactical Emergency Medical Support (TEMS). The Paramedic's are usually assigned to the entry team, depending on the type situation. 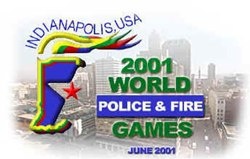 In 2001, the World Police and Fire Games came to Indianapolis. Many police and firefighter personnel participated in various competitions. When the events were over, the Carmel Police Department Emergency Response Team were awarded the Gold Medals for their first place finish in the 5-Day SWAT Competition!