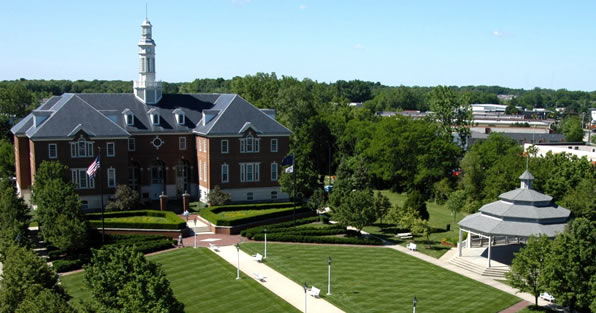 The Carmel City Court is a court of limited jurisdiction, where traffic infractions, ordinance violations and criminal misdemeanor cases are heard and decided.

The Honorable Brian G. Poindexter has served as the judge of Carmel City Court since Jan. 1, 2009. He was previously with the Marion County Prosecutor’s Office and the law firm of Harrison & Moberly. He received his B.S. from Ball State University and his J.D. from the I.U. School of Law-Indianapolis. Judge Poindexter is a member of the Hamilton County and Indiana State Bar associations.
Judge Poindexter is currently the Chairman of the Board of Directors of Janus Developmental Services Inc., the Immediate Past President of the Rotary Club of Carmel and a member of the United Way of Central Indiana – Hamilton County Advisory Board. Judge Poindexter has previously served on the board of governors of the Indiana State Bar Association (ISBA). Judge Poindexter served a two-year term, representing one of 13 districts in the state. Founded in 1896, the Indiana State Bar Association (ISBA) is the single largest legal organization in the state. With more than 12,000 members, the ISBA serves and advocates on behalf of its members, their clients and the public interest as the independent voice of the legal profession.